Agriculture and American railroads have depended on each other since the 1800s when hopeful pioneers ventured west to claim their homesteads and shape a brighter future for their families. This summer, Union Pacific Railroad celebrated that shared past and the 150th anniversary of completing the Transcontinental Railroad with a whistlestop tour of the Midwest featuring Big Boy No. 4014, a restored steam locomotive. The 1.2-million-pound engine entered service in December 1941 and traveled more than 1.03 million miles in its 20 years on the rails.

The importance of rail transportation became clear again this year as spring flooding shut down barge traffic and tons of fertilizer had to be diverted to railcars to head north to waiting crop acres. The need to continue moving grain and inputs efficiently makes the viability of America’s rail infrastructure a continued concern. 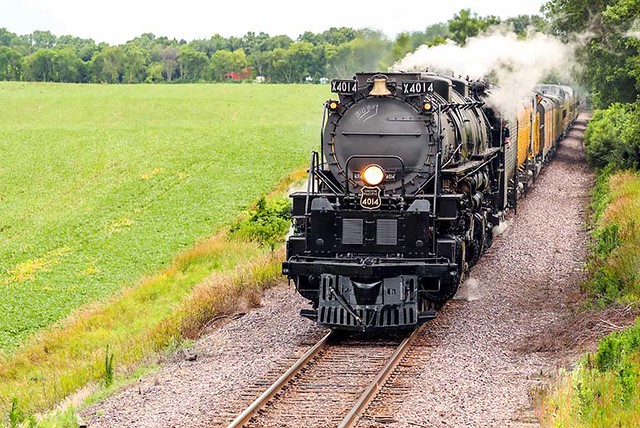