Ammonium thiosulfate, or ATS, supplies sulfur essential for plant growth and yield. It also improves phosphorus uptake and stabilizes nitrogen so the fertilizer investment isn’t lost into the atmosphere and soil.

Find a video at chsagronomy.com/cropnutrients

To make the most of early season nitrogen applications, many growers add sulfur, a secondary nutrient that helps plants process the nitrogen. Now, farmers and cooperatives can benefit from a change in sulfur supply that brings the nutrient to crop input suppliers directly from a farmer-owned oil refinery.

In the process of creating diesel and gasoline, the CHS refinery at McPherson, Kan., removes and recovers sulfur. This sulfur is then combined with ammonia to create ammonium thiosulfate (ATS), a crop nutrient that helps boost yield for corn and other crops.

“Because sulfur isn’t stable, it needs to be applied every year,” says Todd Dysle, product manager for CHS Agronomy. “Crops need sulfur, but sulfur isn’t as available in the atmosphere because of a decrease in acid rain in the past 40 years. It’s good news for the environment that we have to apply sulfur, but it does require growers and agronomists to plan for it in a crop nutrition program.”

“Now that the cooperative system manages the supply chain from start to end, we have more reliability for getting ATS to our owners,” says General Manager Jason Hovey, whose CHS retail unit sells about 7,000 tons of ATS per year to corn growers out of its fertilizer plants in Yuma and Holyoke in northeast Colorado.

“We’ve had times where getting ATS supply was a struggle. By having more control over production and a better link to the supply chain, we don’t have to worry about running out of ATS for our owners,” says Hovey.

ATS moves as a liquid to cooperatives via rail or truck. It is blended at co-ops, most often with UAN or nitrogen solution. “Producers work with their agronomists or crop consultants to determine the mix that is right for their crops,” says Hovey. The blend is generally applied preplanting or preemergence or sometimes to developing crops through irrigation systems.

And while producers may not need to know where their sulfur comes from, having CHS as a supplier provides more options for cooperatives and other input suppliers, which can affect price.

“Having another ATS supply option not only guarantees availability, but competition among suppliers helps us on pricing,” says Larry Lankford, procurement manager for Valley Agronomics LLC, a jointly owned venture that includes Valley Wide Cooperative in Idaho. Valley Agronomics sells about 10,000 tons of ATS per year in six states across the Pacific Northwest, mostly to potato producers. “Our soils are high in calcium and lime, which tie up phosphates, so producers need sulfur to maintain those elements in soil,” says Lankford.

“By selling directly to the cooperative, CHS is working across business units to increase value for our owners,” says Dysle.

Direct ATS supply also creates another opportunity for cooperatives to earn patronage to pass on to farmer-owners. “When considering suppliers, patronage is a big plus for us and for our owners,” says Lankford. 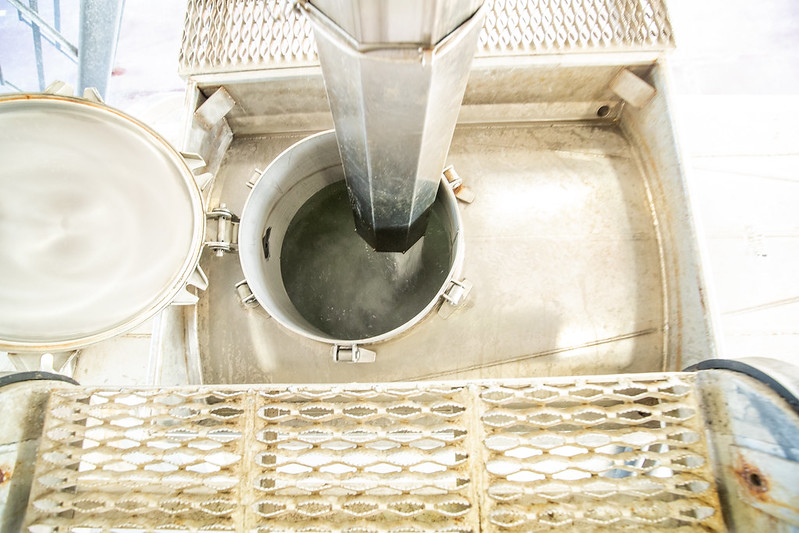