The ethanol industry looks toward a brighter future
C magazine

The ethanol industry looks toward a brighter future

Nearly 40% of corn produced in the U.S. goes to renewable fuel.

In March 2020, lockdowns began across the United States as coronavirus infections spread. Stay-at-home orders and shuttered schools and businesses created an unprecedented drop in traffic — in some states, miles traveled plunged 60% below prepandemic levels — and an immediate drop in gas demand. 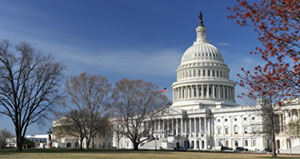 The Future of Renewable Fuels Policy: What CHS is watching on Capitol Hill

By April 2020, more than half the nation’s ethanol production capacity was halted and total output in 2020 hit a seven-year low, according to the Renewable Fuels Association.

With nearly 40% of corn produced in the U.S. going to renewable fuel, farmers felt the change. “Everything shut down as far as ethanol demand,” says B.T. Carmichael, an Illinois producer who grows mostly corn on 4,000 acres with his father, Jim. “Our industry relies on ethanol and without it, we don’t have a spot for all our corn.” 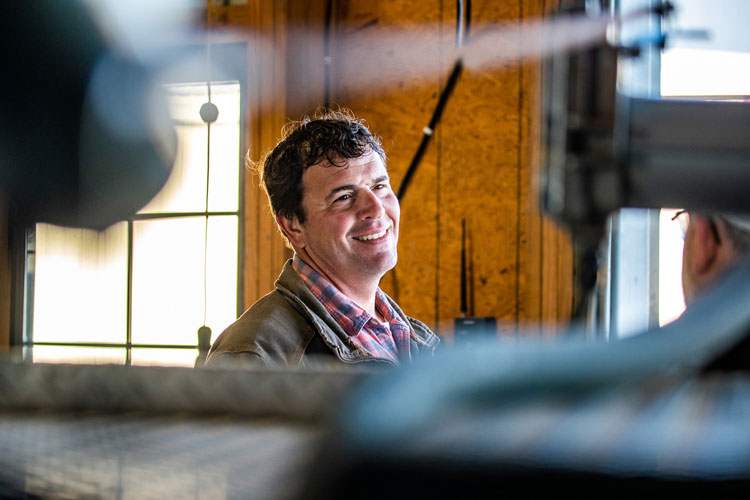 Illinois producer B.T. Carmichael sells 90% of his crop to the CHS ethanol plant in Rochelle, Ill.

“The export market is huge for DDGS,” says Eric Brandt, manager, renewable fuels marketing, CHS, in reference to distillers dried grains with solubles. The byproduct of ethanol production is used for animal feed in Mexico, South Korea and Vietnam.

“When the ethanol industry was challenged in spring 2020, CHS had containers in place and we were able to continue selling DDGS into the export market,” says Tom Malecha, vice president, CHS Global Grain & Processing operations and enterprise sustainability. “As one of the largest exporters of DDGS, CHS was able to operate through those demand swings and continue to deliver for our farmer-owners and customers.”

Carmichael works with CHS grain originator Steve Meisch, based in Elburn, Ill., to find the best corn market opportunities. The farm produces about 750,000 bushels of corn annually and 90% goes to the CHS Rochelle ethanol plant. “The two CHS ethanol plants in Rochelle, Ill., and Annawan, Ill., are in perfect spots,” says Meisch, who has worked with Carmichael for about five years. “With Chicago nearby and large cities to the east, we continued to have a market for ethanol even through demand declines.”

By summer 2020, the ethanol market began to see increased demand as lockdowns were lifted and summer travel took place largely by car. That demand held through the fall, and by April 2021 the ethanol market was running at 95% capacity.

The two CHS plants were able to meet the recovering demand because they kept running all spring, even while many plants shut down. “We continued running our CHS ethanol plants, although at a reduced rate, which helped us recover and get back up to speed quickly,” says Brandt.

“Because the Rochelle plant stayed open, we were able to keep moving our corn,” says Carmichael. “This fall, the markets perked up and we were able to get a decent price for our crop.”

In 2020, U.S. corn volume used for ethanol production was down 10% from 2019 due to reduced blending and higher corn prices, according to the USDA.

“Corn prices closely follow what’s happening in the ethanol market,” says Brandt. “When there’s tightness in the corn market, we typically see higher prices in ethanol. And when there’s an abundance of ethanol, we see lower corn prices.” In July 2020, corn hit its lowest price in 15 years. 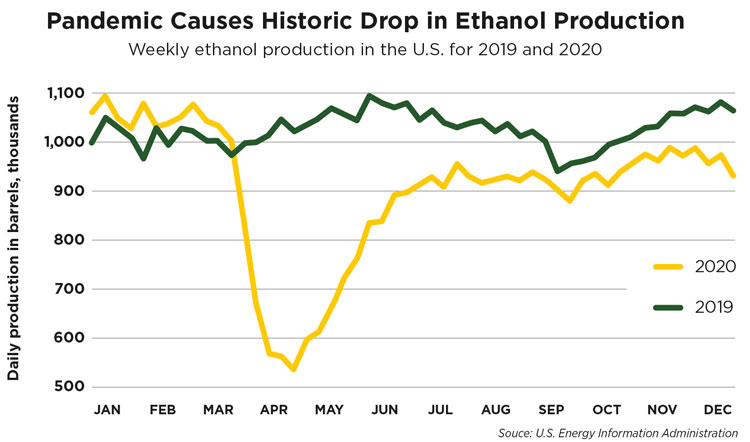 Through the turbulence, cooperative system grain marketing experts focused on how growers could get the best return on investment.

With its location near the Illinois River, CHS at Elburn took advantage of the corn export market when ethanol margins were low. “Export demand for corn stayed high and corn was selling at a competitive price to export markets,” says Meisch.

“If it didn’t make sense for the producer to bring corn to the Rochelle ethanol plant, we’d ship it down the river for exports. Having multiple options is a win-win for the farmers we serve.”

For Carmichael, the flexibility to send his crop downriver for export markets helps keep his business nimble. “Through the cooperative, I have access to specialty markets that I wouldn’t have on my own. It pays to be flexible.”

Every country has its own regulations on ethanol use, but most rely on a blend of ethanol and gasoline, says Brandt.

“Because the U.S. blends 10% ethanol in all of its gas, demand is somewhat predictable. Exports help account for the extra production.”

In 2020, despite pandemic effects on gas consumption, U.S. ethanol exports dropped just 9% from the year before, with 1.3 billion gallons of ethanol going to international markets. Those gallons went mostly to Brazil and Canada, but Brandt says China and India are growing markets.

“China is becoming a major buyer of U.S. ethanol,” says Brandt. In the first half of 2021, it was reported that China bought about 200 million gallons of U.S. ethanol, matching its previous annual record for ethanol imports. 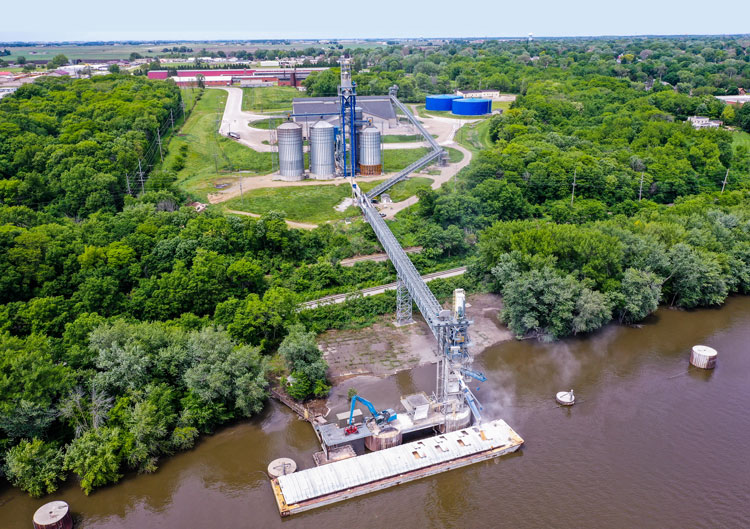 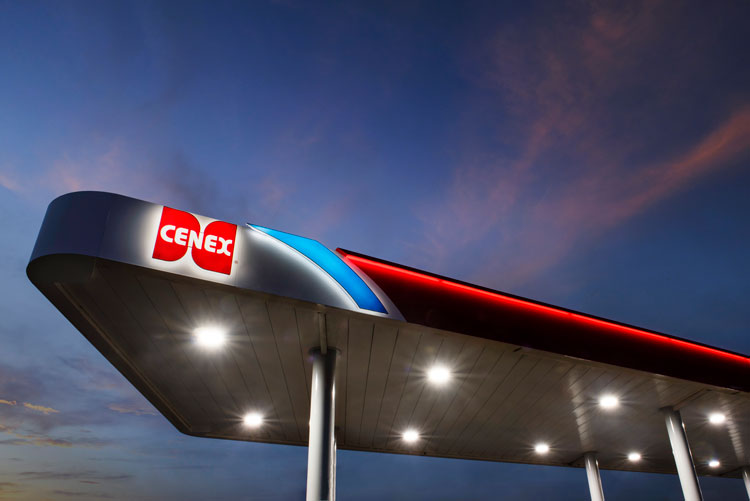 Getting ethanol to market

For a convenience store to sell E15, it must meet a number of regulations. E15 is now able to be sold at all Cenex® branded retail locations. Here’s how CHS made that happen.

E15 retailers must have an Environmental Protection Agency (EPA)-approved misfuelling mitigation plan to prevent consumers from using E15 for unauthorized purposes. “CHS is the only refiner that has an EPA-approved misfuelling mitigation plan for our entire Cenex branded retail network. This alleviates the need for independent Cenex retailers to perform this task on their own,” says Akhtar Hussain, director, refined fuels marketing, CHS.

Make E15 an approved grade of gas. “In 2021, E15 counts toward the two-grade minimum requirement for Cenex sites,” says Hussain.

Become registered as an E15 manufacturer with the EPA. When CHS gained this designation, it allowed for the sale of Cenex branded E15 at the terminal level.

“These steps demonstrate the commitment of CHS and the Cenex brand to renewable fuels, which play an important role in our environment and contribute to the success of our agricultural economy,” says Hussain.

A 10% ethanol blend in gasoline, also known as E10, is the national standard at fuel pumps across America. To increase reliance on higher ethanol blends, the U.S. Environmental Protection Agency (EPA) ended summer restrictions on the sale of E15 in 2019.

E15 can be used in model year 2001 and newer cars, light-duty trucks and SUVs, plus all flex-fuel vehicles. Nine of 10 cars on U.S. roads today are approved to use E15, according to the Renewable Fuels Association.

Of the 1,450 Cenex® branded convenience stores, about 50 offer E15, and Hussain expects that number to grow. “Giving consumers additional fuel choices, as well as eliminating barriers for distributors, should increase sales of fuels like E15.”

One early adopter is Sioux Valley Cooperative in Watertown, S.D., which has started to sell E15 at one of its five Cenex branded locations as a pilot project. “Our farmer-owners appreciate the fact that we’re providing an option to consumers that supports the agricultural community,” says Jared Landmark, CEO. “We’ve been strong advocates of ethanol-blended fuels for many years and E15 is another option to offer our customers.”

While Landmark says more education about E15 and a national effort to increase E15 use will go a long way, E15 sales are growing. In 2020, Iowa saw a 24% increase in E15 use, according to Iowa Department of Revenue data.

Producers like Carmichael are ready for the increased demand. “It’s been a slow-moving process to get E15 to the pump, but the demand is growing and any effort to help consumers have easier access to E15 is good news for the corn industry,” he says.